We’ve been enjoying our writing in 3,4B recently. During our history topic, we wrote some recounts. We imagined we were an Ancient Greek warrior returning to our homeland (Athens) after a long battle.

Check out these examples… 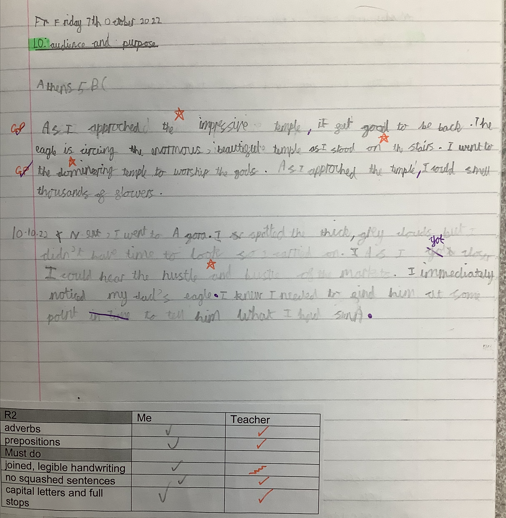 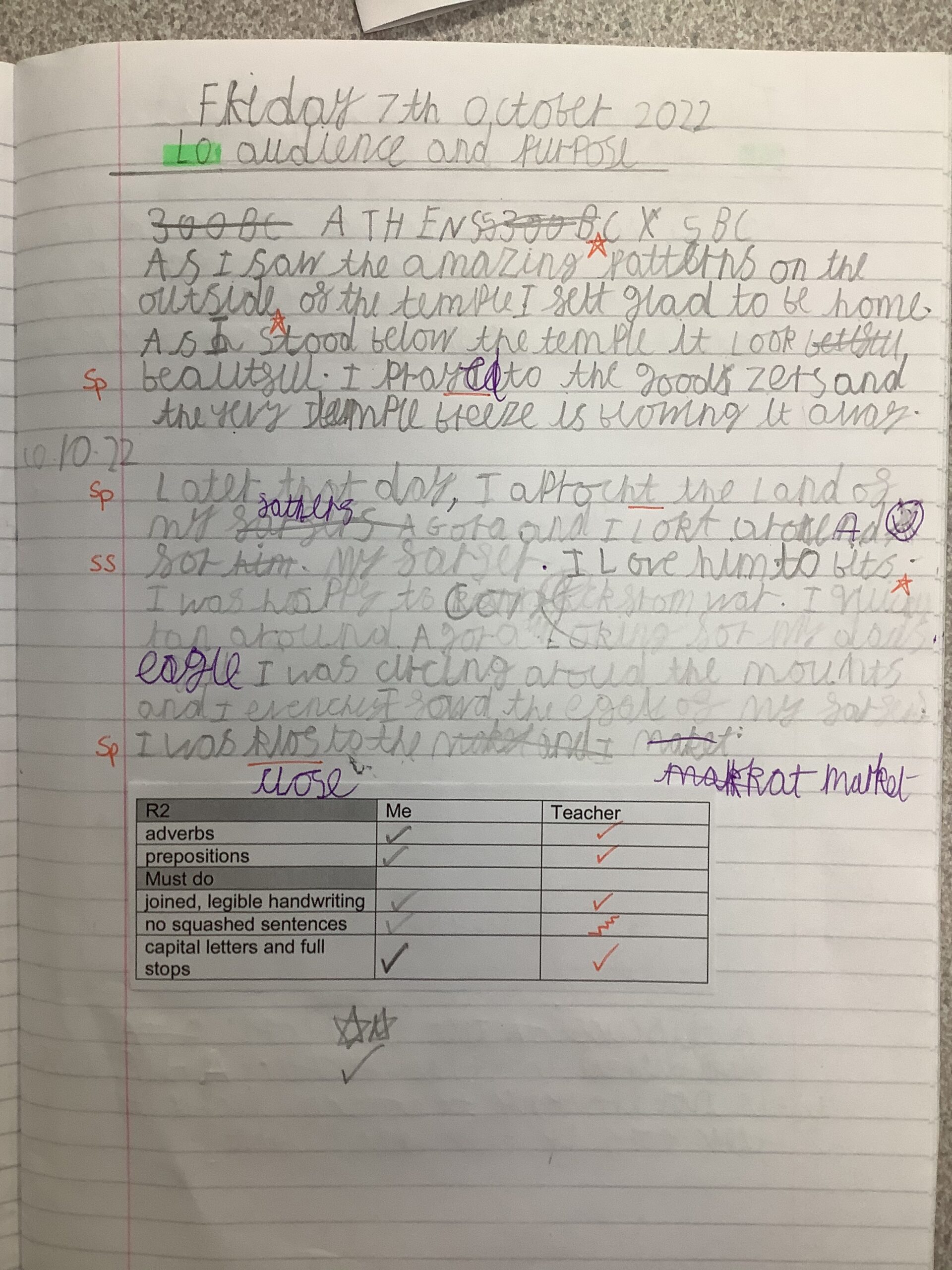 Throughout all our writing, we’ve been learning lots of grammar. In particular, we’ve been focussing on securing our knowledge of word classes.

nouns – a person, place or thing

proper nouns – the specific name of a person, place or thing

verbs – a doing or being word

adjectives – a word that describes a noun

It’s important to remember that the word class of a word can change. A word isn’t just a noun all of the time. It depends what it’s job is in that particular sentence.

In this sentence, walked (from the verb ‘to walk’) is a verb because it’s the action that’s been done by the dog.

The dog walked to the park.

In this sentence, walk is a noun because it’s the thing that’s being done. The verb would be ‘went’ coming from the verb ‘to be’.

The dog went for a walk.

Help at home by…