Phew! What a week that has been.  Not only have the pupils crammed in a huge amount of learning, we’ve also been cheering England and Wales to World Cup glory!  Let’s catch up on the goings on in Mr. Robson’s class this week.

In Maths, Year 5 have been getting to grips with mixed numbers and improper fractions, and being able to convert one into the other. One of the key skills to success in this is sold times table knowledge, which we have reinforced this week with Times Table Rockstars sessions at every opportunity.  Having that solid times table knowledge helps to unlock a whole host of mathematical understanding.

Ever wondered what it’s like to interview a snowman?  Well we managed to put one in the hot seat this week along with their friend Lily.  Our Reading focus has been on the heart-warming Christmas tale of “Lily and the Snowman”, where a snowman magically comes to life in Lily’s garden, the two build up a strong bond only for Lily to grow up and the pair drift apart (all while the snowman lived in Lily’s fridge).  Our pupils took turns to be the main characters, whilst the rest of the class used their inference skills to ask questions about how they might have felt at certain parts of the story. 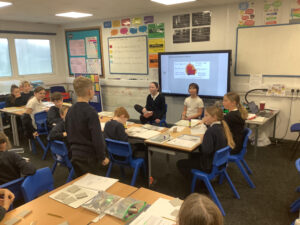 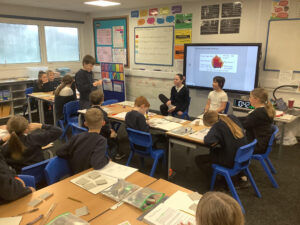 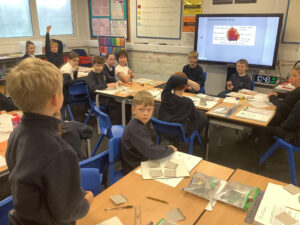 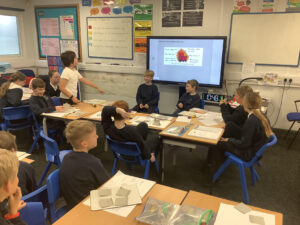 Water resistance was the focus of our Science experiments this week.  Tasked with investigating how changing the shape of an object affected the amount of water resistance it was subjected to, the class took part in a competition to see who could create a shape which would reach the bottom of the tank the quickest.  Some very creative designs were on show, but congratulations to Amelie whose effort reached the surface in 0.38 seconds. 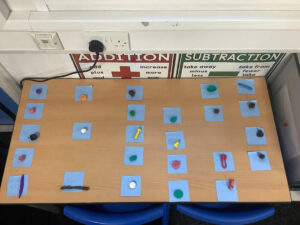 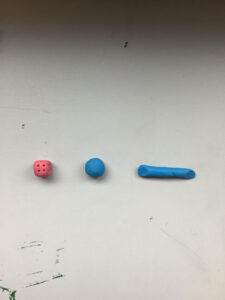 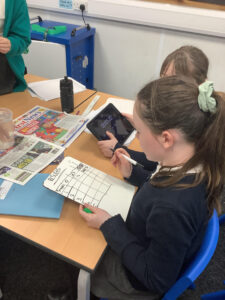 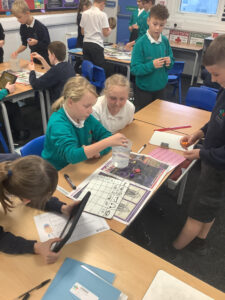 The class have been under strict instructions to follow instructions this week, as creating a clear and concise set of instructions is our Writing focus at present.  Eary in the week they got to grips with tying a necktie, drawing a house and creating origami.  We will build on this further in the coming week and identify the key language and layout that makes a good set of instructions. 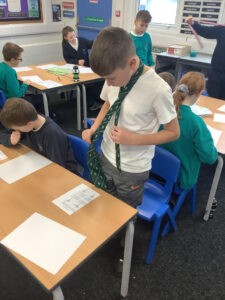 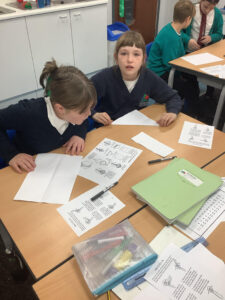 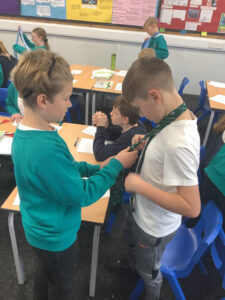 There’s just time to see who our lucky certificate winners were this week:

Learning – Harry: A Strong week all round for Harry, but he has particularly shone on his fractions work in Maths.

Living & Learning: Millie – A mature, confident student who is always demonstrating the best version of herself.