What is my child learning?

You’ve probably heard your child talking about digraphs, trigraphs and tricky words. A few parents have been asking what their child is talking about so we’ll be sending an information flyer home to help.

Your child has been learning all the letter sounds for the alphabet – please see the YouTube video for help pronouncing the ‘pure’ sounds.

Since January, your child has started to learn the letter names for these ‘pure’ sounds. We have enjoyed singing a song that sings the letter sounds AND names. Your child has also been learning to read digraphs and trigraphs.

Digraphs consist of two letters (graphemes) but they only make one sound (phoneme). The digraphs are shown below:

Trigraphs consist of three letters (graphemes) but they only make one sound (phoneme). The trigraphs are shown below: 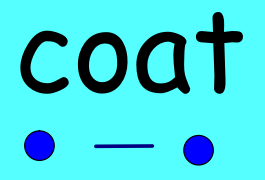 The sound buttons/lines shown underneath the letters help your child sound out words. A line is shown when the letters make a digraph or trigraph- that way your child will only make one sound when reading a digraph/trigraph.

Sound buttons and lines are not everywhere so we need to teach your child to independently spot the digraphs and trigraphs so that they only make one sound when reading a digraph/trigraph!

Can your child spot any digraphs or trigraphs in their reading book?

Tricky words are words your child cannot sound out using their phonic knowledge – they just have to know them by sight… that’s what makes them tricky!